The following is an excerpt from the Ag Policy Update by Dr. Kurt Guidry, LSU AgCenter agricultural economist: The Food and Agricultural Policy Research Institute (FAPRI) at the University of Missouri released its new projections for marketing year average prices for all covered commodities under the 2014 Farm Bill. FAPRI will release these projections every month until the end of the Farm Bill program signup period on March 31, 2015.

One of the major decisions that producers must make is choosing between the Price Loss Coverage (PLC) and the Agricultural Risk coverage (ARC) programs for their farm’s base acres. For the PLC program, payments are triggered when the marketing year average price falls below a reference price established by the Farm Bill. So, the marketing year average price has a direct impact on the amount of potential payments under the PLC program.

For the ARC program, payments are triggered when actual revenue levels fall below established guaranteed levels. Since revenue is calculated as price times yields, ARC payments will be influenced not only by marketing year average prices but also by yields.

FAPRI’s September and October 2014 projections for marketing year average prices from the 2014/15 marketing year to the 2018/19 marketing year show that, for soybeans, projected prices remain above the reference price in each year and would result in no PLC program payments.

This would be particularly true if yield variability of that commodity is small. A commodity with low yield variability would likely mean that the potential of having yields fall far enough to trigger an ARC payment is relatively small. In that case, the higher probability of a PLC payment would make it a more attractive choice than the ARC program.

This report should not be viewed as a deciding factor in the choice between the ARC and PLC programs. These are simply projected marketing year prices. This discussion is being submitted as another piece of information that producers can utilize in thoroughly analyzing their Farm Bill election decisions.

Call for nominations for Soy Board elections in North Carolina
Do you know a farmer who is a good volunteer leader and would be well suited to represent soybean growers?

The North Carolina Soybean Producers Association is calling for nominations for six individuals to stand for election to the board of directors. Elections are scheduled for Jan. 15, 2015 at the association’s annual meeting in Durham.

Terms of service are for three years. Farmers who sold soybeans in the past calendar year are eligible to serve on the board. Nominations will be accepted through Dec. 15, 2014 for individuals residing in one of these counties.

The board is not accepting nominations this year for individuals who do not reside in one of the listed counties.

Directors on the soybean board are elected for a three year term. The 30-member board of directors is the official soybean research and promotion board for North Carolina and serves as the governing body for the statewide membership association of N.C. soy growers. To nominate someone, please call 1-800- 839-5775 or email ncsoy@ncsoy.org.

Continued rain in south Louisiana delayed harvest at those locations until about Oct.13. Information from Baton Rouge and Jeanerette will be announced as soon as it is available. The parish soybean “core block” variety demonstrations can also be accessed.

All information will be posted on the following LSU AgCenter website: http://www.lsuagcenter.com/en/crops_live stock/crops/ 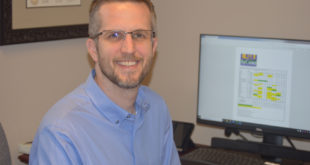