EPA registers HPPD herbicide for use with LibertyLink GT27 soybeans 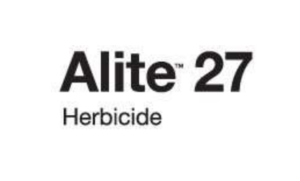 The U.S. Environmental Protection Agency has registered Alite 27 herbicide, the only HPPD herbicide that can be used on LibertyLink GT27 soybeans.

The registration is for use in select counties across Indiana, Kansas, Kentucky, Missouri, Ohio, South Dakota and Tennessee, according to a news release.

A group 27, Alite 27 is a preemerge from BASF that offers residual control of early season grasses and broadleaf weeds. It contains the active ingredient, isoxaflutole.

The herbicide is reactivated with as little as 0.5 inch of rainfall. It can be used as a preplant burndown, preplant surface, preplant incorporated or preplant application.

The herbicide will not be suggested for application as a solo product but rather will always
be recommended as the “foundation” herbicide to be used in programs with additional “effective site of action”
herbicides, according to BASF material.