As of July 1, the Crop Production Services, or CPS, name will be no longer. In its place will be Nutrien Ag Solutions.

The new brand name will align retail business across the globe and strengthen the company’s long-term mission of helping growers increase food production, according to a news release.

The name change will apply to all offices and operating facilities in North and South American that formerly were Crop Production Services, Agroservicios Pameanos and Utilfertil.

The name change was prompted by the merger of Calgary, Canada-based Agrium with PotashCorp.in January.

Farmers in the East had known the CPS brand in ag retail since 1983. Agrium bought the CPS retail chain in 1994.Shortly after in 1995, Agrium acquired Western Farm Service, which served farmers in the West. 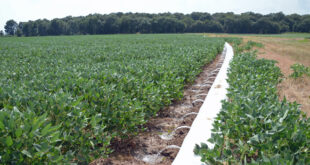