The weather-related delays affected soybean planting in several states including Arkansas and Missouri.

Overall, NASS estimates soybean production will be down 19% nationwide compared to 2018.

Soybean production  is forecast at 3.68 billion bushels, according to NASS. Based on conditions as of Aug. 1, yields are expected to average 48.5 bushels per harvested acre, down 3.1 bushels from 2018.

Read the complete report at NASS. 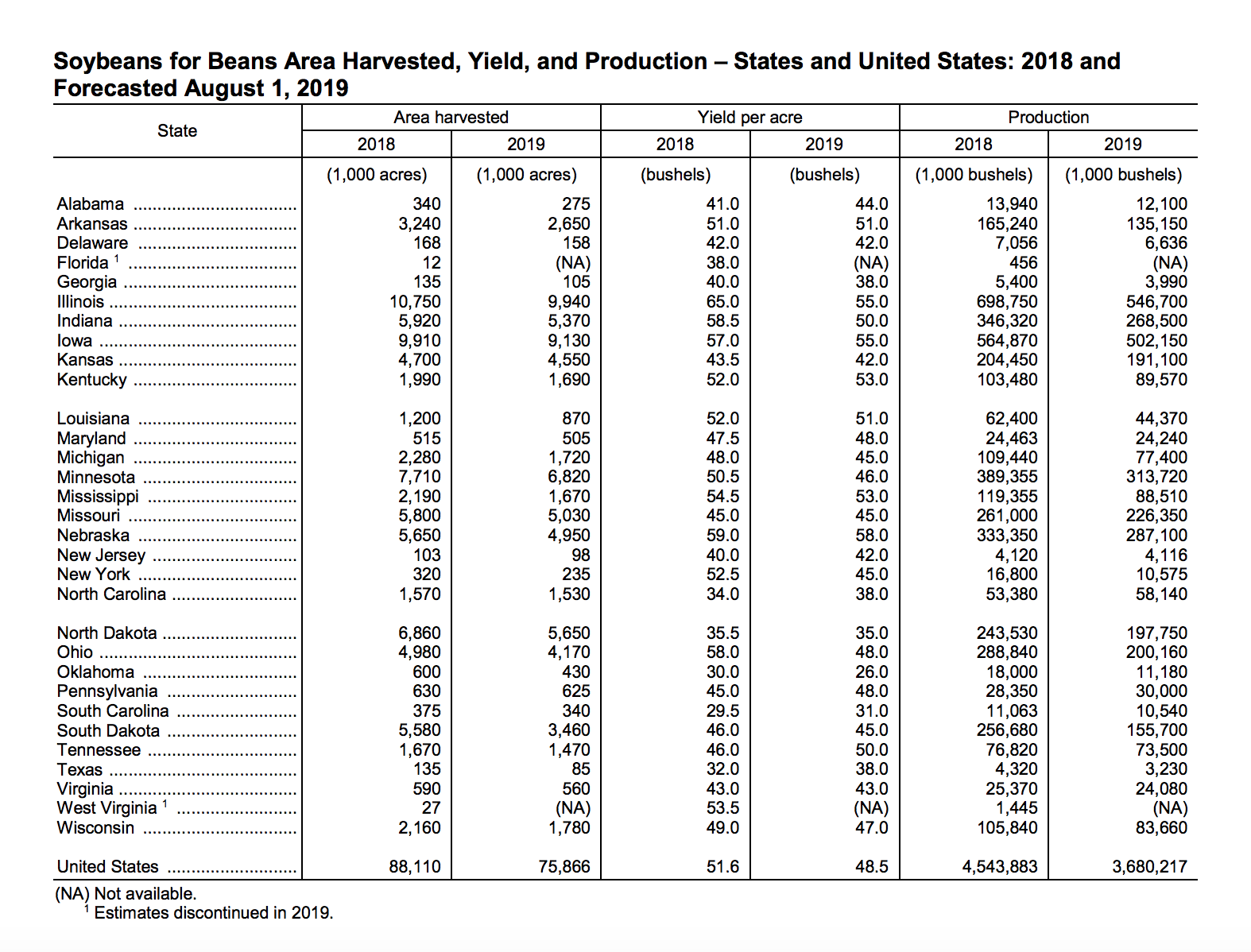 Worms gone wild! Be on the lookout for armyworms