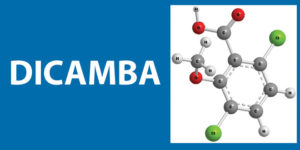 The U.S. Court of Appeals for the Ninth Circuit in San Francisco vacated current U.S. registrations for three low-volatility dicamba products on June 3.

At least three state departments of agriculture have said they will continue to allow dicamba applications unless otherwise told since the products are still registered in their states.

“The dicamba herbicide brands XtendiMax, Engenia and FeXapan are still registered for sale and use within the state of Missouri and will be treated as such until further guidance is provided by the U.S. Environmental Protection Agency,” according to the Missouri Department of Agriculture.

“The Tennessee Department of Agriculture is aware of a Ninth Circuit United States Court of Appeals decision vacating multiple labels of dicamba products issued by the United States Environmental Protection Agency,” according to the Tennessee Department of Agriculture. “The department is awaiting direction for whether and how those registered labels are affected in Tennessee. Absent further direction from EPA, the Department expects to enforce label requirements as the products are registered in this state.”

Louisiana Commissioner of Agriculture and Forestry Mike Strain issued a similar statement: “As in other states, dicamba is still available for use in Louisiana as currently labeled and will continue to be until ordered to stop.  We are in contact with the U.S. Department of Agriculture and the EPA in regard to the application of these crop protection products that farmers have already purchased and will need to use very soon on crops already in the ground.”

The court ruling comes after environmental groups challenged the U.S. Environmental Protection Agency’s 2018 registration decision on the products that include XtendiMax from Bayer, FeXapan from Corteva and Engenia from BASF.

The ruling prompted Bayer to issue a statement on its website.

“We strongly disagree with the ruling and are assessing our next steps. We will also await direction from the EPA on actions it may take in response to the ruling.

“We will keep this webpage updated with the latest information about the ruling and our next steps.

“Depending upon actions by the EPA and whether the ruling is successfully challenged, we will work quickly to minimize any impact on our customers this season. Our top priority is making sure our customers have the support they need to have a successful season.”

“We are currently reviewing the order and are waiting on further direction from the U.S. EPA on actions they will take as a result of this order. We will use all legal remedies available to challenge this order and we remain committed to serving our customers with safe and effective crop protection solutions, including Engenia herbicide.”

The petitioners contended in the suit and in oral arguments made in April that the EPA based its decision on insufficient evidence and therefore violated the Federal Insecticide, Fungicide and Rodenticide Act.

Several crops, including soybeans and cotton, have been genetically engineered to tolerate over-the-top applications of dicamba and are marketed as part of the Xtend cropping system.