Cash prizes were awarded to the top 3 producers in each division achieving a minimum of 60 bushels per acre. Winners were announced recently at the 2021 annual meeting of the Arkansas Soybean Association.

We want to commend all of the 76 soybean producers who entered the 2020 Grow for the Green Soybean Yield Contest. Two reached and exceeded the 100 bushel-per-acre acre milestone in 2020.

The Race for 100 Yield Contest began in 2007.  In 2013, the first three producers reached the goal. Ronnie Ragsdell from Lawrence County is the newest member of the 100 Bushel Club with a yield of 104.067 bushels per acre. Ragsdell grew Pioneer P48A60X and became the 23rd producer to join the coveted group.

Matt Miles from Desha County once again hit the 100-bushel mark with a yield of 116.858 bushels per acre growing Pioneer P47A64X. He became the winner of the first Champion of Champions category. 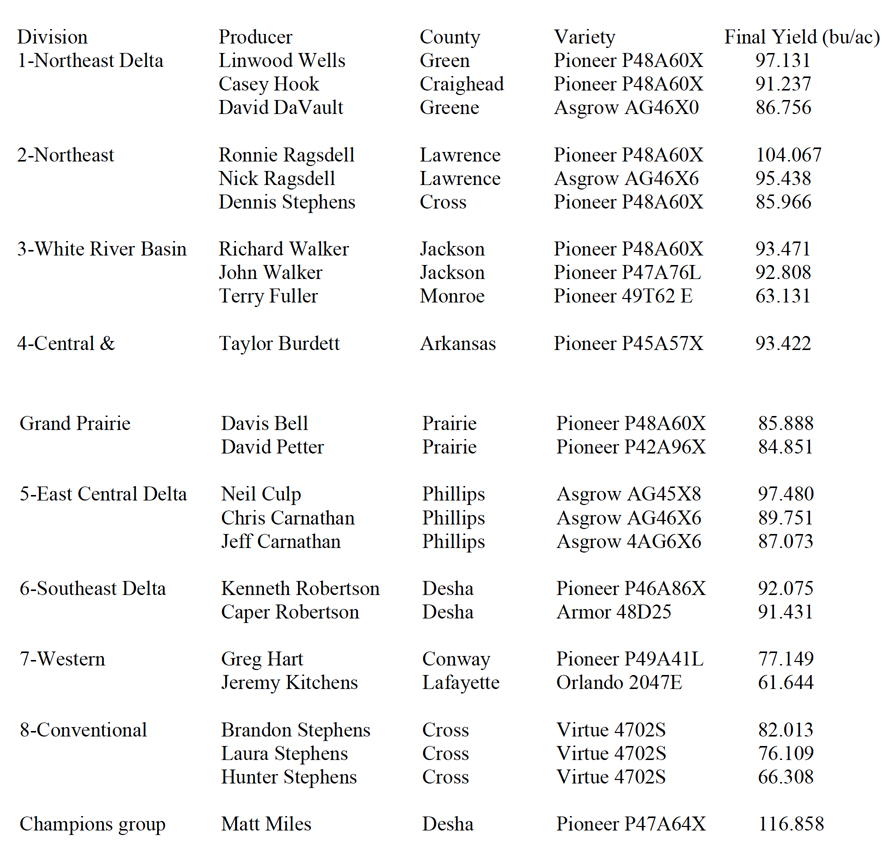 View the complete results at https://www.arkansassoybean.com/final_2020_book.pdf