• By Michael Emerson and Travis Faske •

The southern root-knot nematode (Meloidogyne incognita) is the most important yield-limiting plant-pathogenic nematode that affects soybean production in the Mid-South. It is found in nearly all soybean-producing counties in Arkansas and can cause significant (>70%) yield loss when the wrong soybean variety (i.e. susceptible) is planted in fields with a high population density of root-knot nematodes.

During the 2019 season, the Lonoke Extension Plant Pathology Program selected 56 soybean varieties that were divided into five experiments based on herbicide technologies and maturity groups. Varieties were replicated four times, and eight root systems from each plot were sampled for the percent of root system galled at R4-R5 growth stage.

The final nematode population densities collected at harvest ranged from 154-4,192 second-stage root-knot nematode juveniles (J2)/100 cm3 soil, which would be a moderate to severe nematode threshold in Arkansas.

Field performance of soybean varieties from previous trials (2016 and 2017) can be found on the UA Research Series website. These results and those on the UA variety testing website can be helpful for variety selection for the 2020 cropping season.

Michael Emerson is a University of Arkansas program associate at Lonoke. Dr. Travis Faske is Extension plant pathologist at Lonoke. He can be reached at tfaske@uaex.edu. 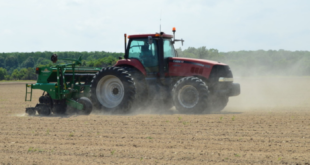