In 1928, 84 years ago, a national organization was founded by a group of young farmers that would have a profound influence on American agriculture – Future Farmers of America (FFA). Thirtythree young men came together at the first National FFA convention in Kansas City, Mo., that year, and, according to today’s National FFA Organization, “Their mission was to prepare future generations for the challenges of feeding a growing population. They taught us that agriculture is more than planting and harvesting – it’s a science; it’s a business; and it’s an art.”

At the time, FFA was only open to boys. However, in 1969, FFA changed that policy, and girls were allowed to join the organization.

While preparing this issue of Soybean South, I had the pleasure of visiting with four members of the Dyer County FFA, located in Dyersburg, Tenn., who had participated in a “Pod Patrol” event. (See pages 6 and 7). The four FFA members – Lane Duncan, Reed Hester, Beth Orr and Morgan Walker – described their experiences and what they had learned while “patrolling” local farmer Paul Finley’s soybean fields.

One thing that struck me while talking with these young people was their passion for FFA and agriculture although they all have different career goals in mind. Lane Duncan plans to attend the University of Tennessee, Martin, and major in agricultural engineering in hopes of creating even better technology for agriculture than what we have access to today. Reed Hester says when he finishes college, he is going to come back home and farm with his father.

“Being a member of FFA, like my dad was when he was in high school, has helped me realize what I will be facing when I begin working in production agriculture as my occupation,” Hester says.

Beth Orr, who originally started out in FFA showing lambs and now shows Black Angus heifers, hopes to one day become an equine vet and work with large animals, while Morgan Walker is going to pursue a major in ag communications and a minor in political science at the University of Mississippi. Her goal is to be a lobbyist for agriculture.

“Because of my passion for agriculture and our political system, I believe this career choice will provide a platform for me to change the way that agriculture is perceived,” Walker says. “Being involved in FFA has opened my eyes to another world that I never knew existed. I’ve gained a vast amount of appreciation for everyone involved in the ag industry.”

If you have any doubts about the future of U.S. agriculture, just think about the excitement these four Tennessee students have expressed about their FFA experience and their eagerness to take what they have learned and use it in a positive way. And, remember, there are also many more inspiring stories just like theirs.

Yes, ag’s future looks bright, and FFA has played a large part in making this happen. Hats off to one of the best youth organizations that helps its members develop their talents and find their passion in U.S. agriculture. 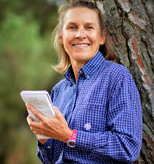 The more we know about pigweed, the more we don’t know

Palmer amaranth, which has been dubbed a “super weed” by some, is definitely living up …